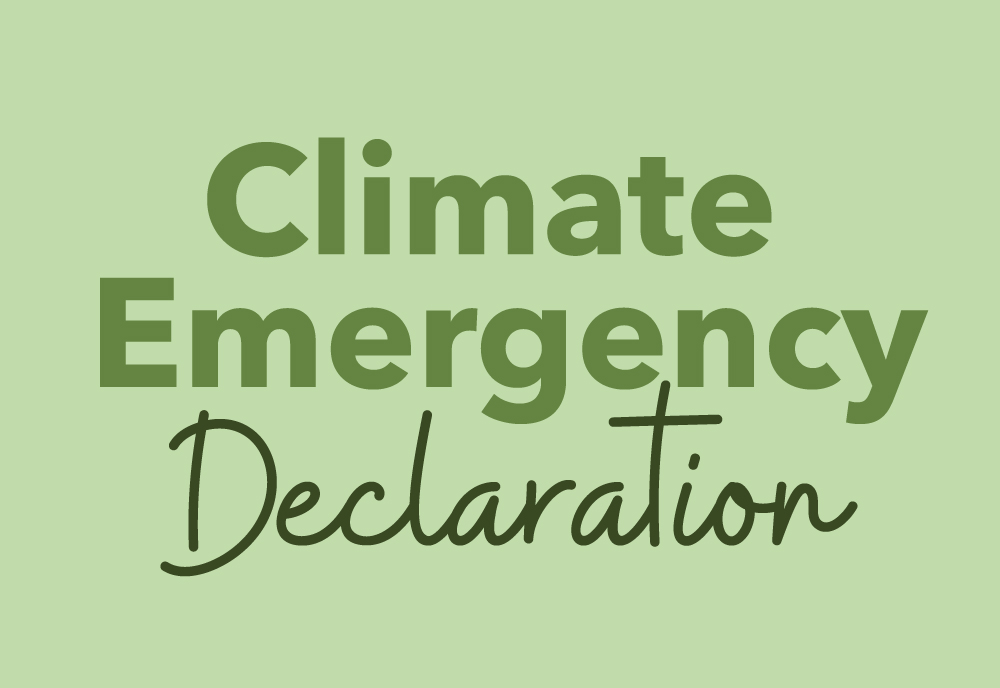 So what does this mean? By making a declaration, the University and Students' Union are acknowledge the significant impact climate change is having on the world, and commit to taking meaningful action to reduce our environmental impact.

A declaration is just the start, and a more detailed action plan will be published later down the line; which will provide greater detail to the kind of actions that will happen to address the climate emergency.

Over the years, your Students' Union has taken action to operate sustainably.

Do you have an idea to make the Students' Union or University more environmentally friendly? Let us know by using the Big Ideas section of our website!

The University of Wales Trinity Saint David (UWTSD) and the TSDSU join the growing number of organisations that have declared a climate emergency and call for urgent action to be taken in order to tackle climate change.

Image of the globe

The University’s Council voted unanimously in its meeting held on Thursday (9 July)  to accept a declaration of climate emergency which states:

We acknowledge that climate change and ecological destruction affect all parts of life including what we need or value the most, such as water, food, ecosystems, wildlife, safety, shelter, energy, transportation, health, communities and the economy. The basic human needs of many, in particular those who are the most vulnerable, are already at risk.

We recognise that climate-induced conflicts, mass migration, health impacts, economic costs and environmental degradation represent challenges of extraordinary proportions. Simply put: There is no greater challenge than addressing the ecological and climate emergency and we owe to our students to be at the forefront of these issues. Our university is the oldest in Wales, established in a time when there was a different expectation of the role of education in taking climate action. This context has changed. Today we are clear there is a climate emergency which will require immediate and radical action by our University.

Professor Dylan E Jones, Deputy Vice-Chancellor and Chair of the Wellbeing Committee, said “The Council’s decision is a major step forward which will be welcomed by the University community of students and staff.

“The University was pleased to support the Students’ Union’ proposal to join the number of organisations in Wales and the UK who are calling for immediate action on climate change. In so doing we are also pledging to fulfil our own responsibilities to mitigate the global threat posed by the environmental crisis.

“The University has placed sustainable development as a core principle within our curriculum, campus, community and culture and has made a voluntary commitment to the Wellbeing of Future Generations Act (Wales) 2015.  We will now work with local, regional and national partners in Wales on an action plan to realise our commitments”.

James Mills, President of the UWTSD Students’ Union said: “The Students’ Union is delighted that we are making the Declaration of a Climate Emergency. The global climate crisis is an important issue, not only for our own students, by for students across the UK.

“This is a huge and positive step for UWTSD that follows in the footsteps of the UK and EU parliaments’ declaration, as well as many other educational institutions in Wales and the rest of the UK. I would also like to thank Becky Ricketts, NUS Wales President and former TSDSU Group President for her crucial work on the issue last year. The SU looks forward to working with the University and partners on the development of a detailed action plan”.